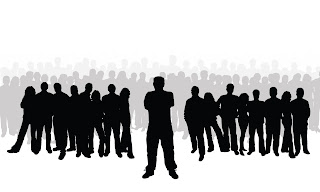 I thought the months preceding the election were a gut wrenching roller coaster but it was nothing compared to this transition period.

Yes, I've been watching the celebrity circus coming and goings from Trump Tower.  I find it just as gut wrenching.

Why? Because of the mix of characters.  Cabinet potentials and/or wannabes, clergy, celebrities and body guards and who knows who else all seeking an audience with The Donald soon to be Mr. President.

While I have a strong distaste for the blathering and, in many cases, stupidity of the losers, I have an equal amount of angst watching the transition process.  For entirely different reasons. While I applaud many of Trumps picks, I figure his advisers have had a huge say in them, I raise an eyebrow over many others that seem to make little sense or at the least are only marginally qualified.  As much I as I like Ben Carson, his pick for HUD is an example.  Nikki Haley for UN Ambassador is another.

Why the transition team is giving audience to Kanye West is a question.  It seems there might be a more appropriate time.  But since Trump seems to be finding time for just about everyone, why is one big segment of the population missing?  One of us.  The ordinary citizen.  Or the elderly.

Since I am one of the elderly, let me address that.  I'm willing to wager Mr. Trump has no idea of what my issues may be nor do most of his selections.  He may have talked with farmers and miners and small business  owners along the way though not a fair representation by any stretch of the imagination but I have seen no representation of the elderly. That irritates me no end. I don't mean someone to speak for me either.  Let me, or one of my peers speak.  We're perfectly capable of articulating our concerns without some youngster supposing them for us.

He should really have one or more of us as advisers.  Every other segment of the populations seems to be represented.

So. Many of us will probably not see Mr. Trump through his complete term but that doesn't mean we should be back benched or ignored.  What about it, Mr. President-elect?  How about some senior citizen advice and consul. And you, at 70, don't count because you have far fewer concerns about your age and aging than the majority of us.

I wonder, should I have to tweet this to be heard?